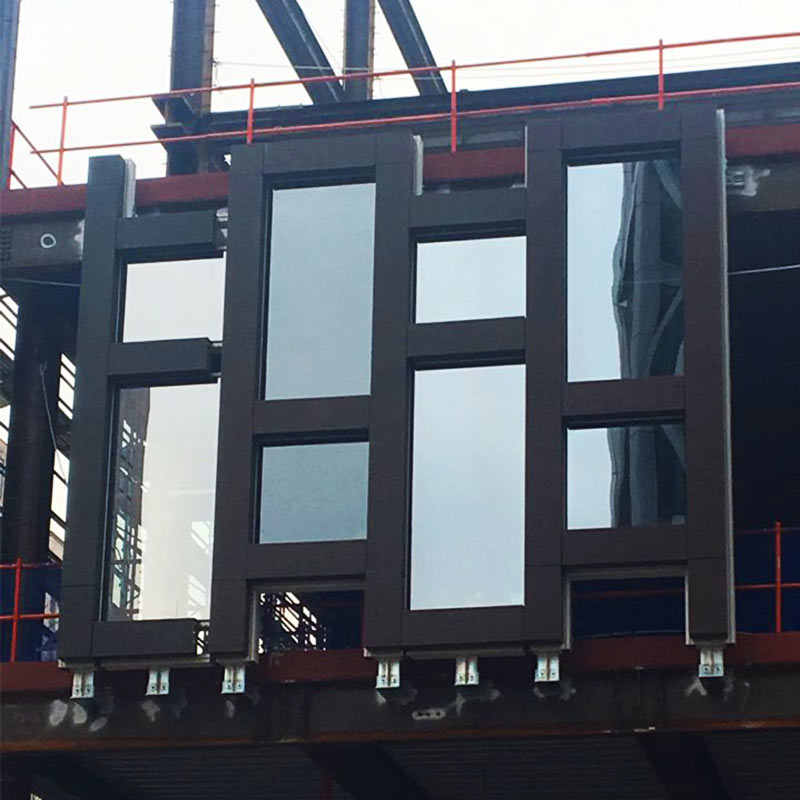 The façade pattern used on the exterior wall of the Gongpyong Office Plaza represents the street wall patterns that are easily found in Korea. This pattern allows the operable window frames to be hidden by placing them in the squared area. In comparison to the all-glass façade buildings in the area, the Gongpyong towers have significantly more solid portions, allowing them to become harmonized with the old city images surrounding the buildings. A dark color of ceramic tile was selected for the wide mullions, making the façade patterns distinguished from the high reflected glass. Due to the staggered pattern of the building façade, the curtainwall system for this newly designed office building in Seoul is unitized with staggered stack joints.

To learn more about the Gongpyong Office Plaza, click here. 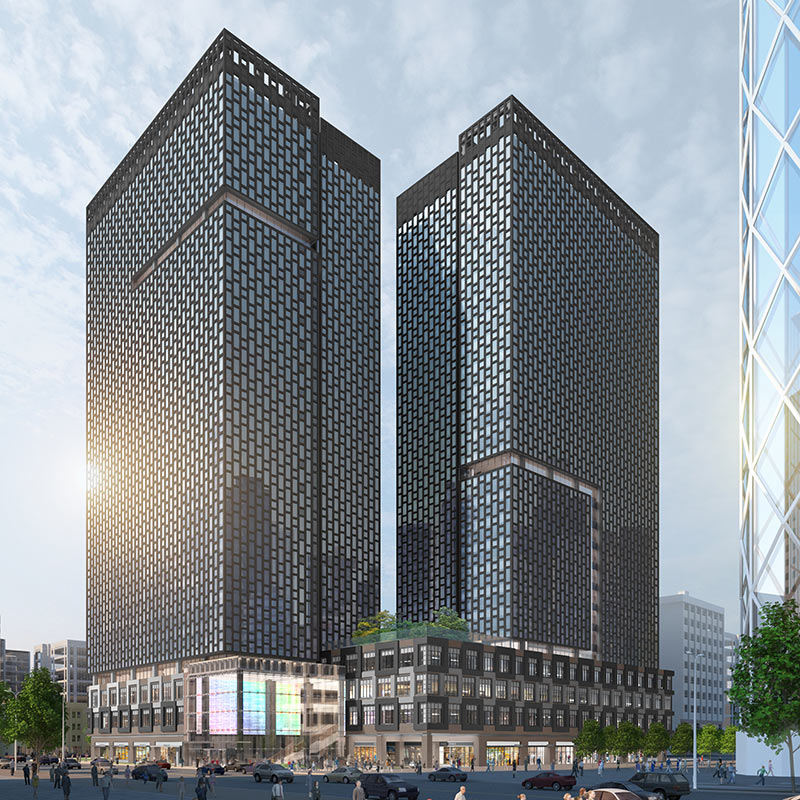