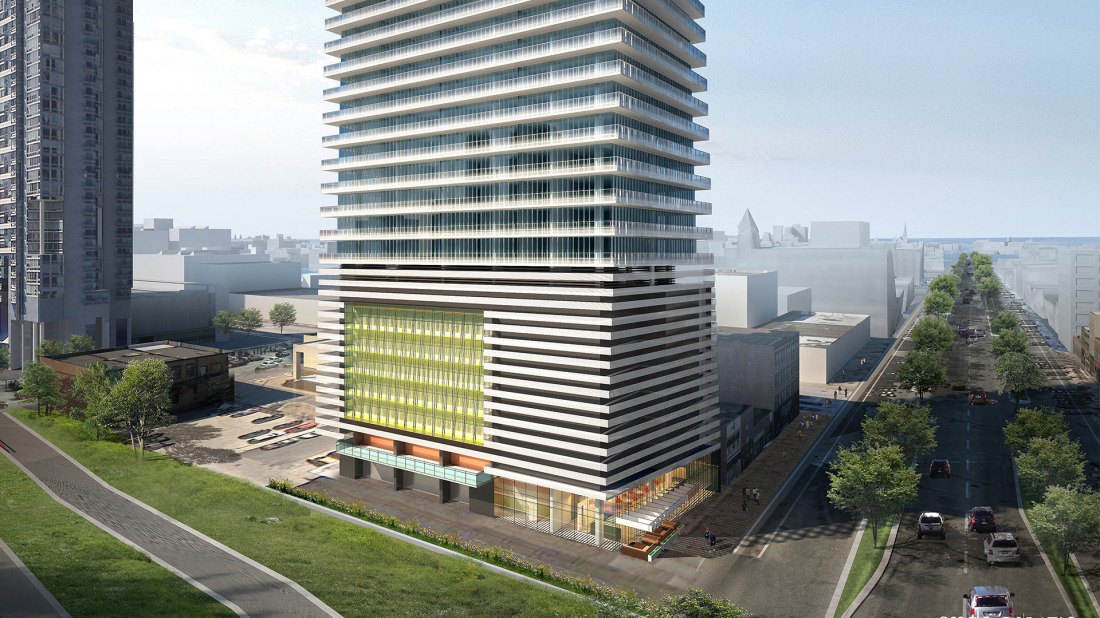 smdp’s west loop tower at 725 West Randolph was picked up by Chicago Curbed. Read what they had to say.

Robotic parking, eh? We’ll do you one better: robotic valet parking. That’s the contrivance that developers of the proposed 725 W Randolph apartment tower have engineered to help sex up and ‘green’ their project. And, as the Chicago Architecture Blog (CAB) is reporting, it certainly seemed to aid in Tuesday’s community presentation with the majority of 100 or so attendees expressing fondness for the 31-story, 220-unit tower. Critically, the tower will stand against the Kennedy and east of Halsted where zoning already permits the proposed height and density.